A major theme in antisemitic thought and propaganda is the blood libel, the myth that Jews murder non-Jews, especially non-Jewish children, in order to use their blood to perform religious rituals. Most prevalent in the medieval and early modern period, this peculiar accusation has plagued Jews and incited violence against them for centuries.1Magda Teter, Blood Libel: On the Trail of An Antisemitic Myth (Harvard, 2020); www.thebloodlibeltrail.org

Antisemitism Uncovered video on the antisemitic trope of blood libel.
Jewish religious law forbids the consumption of any blood, human or animal. But accusations of ritual murder served to dehumanize Jews and justify their persecution. Despite the fact that several popes have rejected the claim of the blood libel as baseless, and no historical or religious truth supports such accusations, the concept was used to justify the pillaging, torture, burning alive and expulsion of countless Jews.2Marvin Perry and Frederick M. Schweitzer, eds., Antisemitic Myths: A Historical and Contemporary Anthology (Bloomington: Indiana University Press, 2008), 3.

The origins of the blood libel — also known as the ritual murder charge — date back to the Middle Ages. The first accusation against Jews for allegedly killing Christian children emerged in 12th-century England following the death of a boy named William in Norwich. Years later, a monk, Thomas of Monmouth blamed local Jews for the boy’s murder, accusing them of killing William in a perverse re-enactment of Jesus’s crucifixion.3Alex Novikoff, “The Middle Ages,” in Albert S. Lindemann and Richard S. Levy, Antisemitism: A History (Oxford University Press, 2010), 74. The accusation then transformed into blood libel in the 13th century on the continent, when a blood motif was added. Now, Jews were accused of killing Christian children to obtain their blood. 4
Teter, Magda, Blood Libel: On The Trail of An Antisemitic Myth (Harvard, 2020), “Chapter One: From Medieval Tales to the Challenge in Trent.”

In the medieval and early modern eras, many Christians believed that Jews needed Christian blood to bake their Passover matzah (unleavened bread), and even drank it as a medicine and aphrodisiac.5“Blood Libel: A False, Incendiary Claim Against Jews,” ADL, https://www.adl.org/education/resources/glossary-terms/blood-libel By the 16th century, blood libel rumors reached Christian communities in Aleppo, Syria and remained salient into the mid-18th century.6Norman A. Stillman, “Anti-Judaism and Antisemitism in the Arab World Prior to 1948,” in Albert S. Lindemann and Richard S. Levy, Antisemitism: A History (Oxford University Press, 2010), 217.

In modern times, the blood libel maintained its resonance. For example, following the disappearance of an Italian friar and his servant while traveling in Damascus, local Christians and the French consul accused the town’s Jews of kidnapping the two men to use their blood for Passover. The Muslim authorities arrested and tortured several Jews, killing two of them in the process, and took 63 Jewish children hostage in attempts to force confessions. This series of events led the English and Austrian governments to intervene and also prompted a delegation to the Levant that caused the Ottoman sultan to officially denounce the blood libel. Nevertheless, these events, which came to be known as the “Damascus Affair,” increased the prominence of the blood libel within the cultural imagination of the Middle East. Ritual murder accusations were made against Jews in Syria, Palestine and Egypt throughout the 19th century.7Norman A. Stillman, “Anti-Judaism and Antisemitism in the Arab World Prior to 1948,” in Albert S. Lindemann and Richard S. Levy, Antisemitism: A History (Oxford University Press, 2010), 217.

In the early 20th century, a Russian Jew named Menachem Mendel Beilis was falsely accused of ritually murdering a young boy in Kiev. Respected Russian intellectuals testified against Beilis at the sensational trial, alleging that it was common practice among Jews to kill Christians for their blood. The trial revealed the depths of antisemitism in Russia.8Robert Weinberg, Blood Libel in Late Imperial Russia: The Ritual Murder Trial of Mendel Beilis (Bloomington: Indiana University Press, 2014).

The blood libel made its way to the United States, as well. In 1928, a four-year-old girl went missing in the small town of Massena, NY. A rumor that Jews had kidnapped and killed her as part of a religious ritual quickly gained traction, leading police to question local Jewish leaders and the town’s rabbi in connection with the disappearance. The girl was later found alive and unharmed.9Edward Berenson, The Accusation: Blood Libel in an American Town (W.W. Norton & Co., 2019)

In the years preceding the Holocaust, Nazi propogandists used the blood libel to make the case that Jews were a menace to German society. The Nazi tabloid Der Stürmer devoted an issue to the blood libel and accusations of a Jewish plan to murder non-Jews.10United States Holocaust Memorial Museum, Holocaust Encyclopedia, “Blood Libel,” https://encyclopedia.ushmm.org/content/en/article/blood-libel. Though robust condemnations of this were immediately issued, this sort of propaganda still made its mark on receptive antisemites.11Cecil Roth, ed., The Ritual Murder Libel and the Jew (London, 1935)

The blood libel remained a powerful call to antisemitic violence even after the Holocaust. In 1946, an accusation of the blood libel incited a vicious attack on Jews in Poland, which resulted in the death of dozens of Jews and forced many more to flee.12United States Holocaust Memorial Museum, Holocaust Encyclopedia, “Blood Libel,” https://encyclopedia.ushmm.org/content/en/article/blood-libel.

In recent decades, we have seen the blood libel wielded as a political tool. In 1991, for example, a Syrian delegate read charges of the blood libel on the floor of the United Nations Human Rights Commission.13“Mention of Blood Libel Against Jews at U.N. Session Draws Sharp Protest,” Jewish Telegraphic Agency, Feb. 13, 1991, https://www.jta.org/1991/02/13/archive/mention-of-blood-libel-against-jews-at-u-n-session-draws-sharp-protest. Some anti-Zionist cartoons and publications have also incorporated the blood libel myth, with imagery of Israeli leaders drinking Palestinians’ blood or eating Palestinian children.14ADL, “Violence and Vitriol: Anti-Semitism Around the World During Israel’s Operation Protective Edge – July-August 2014,” 2014, https://www.adl.org/sites/default/files/documents/assets/pdf/anti-semitism/international/adl-report-on-anti-semitism-during-ope-july-aug-2014.pdf.

Blood libel accusations have spurred countless unfounded trials and murders of Jewish individuals across the globe. 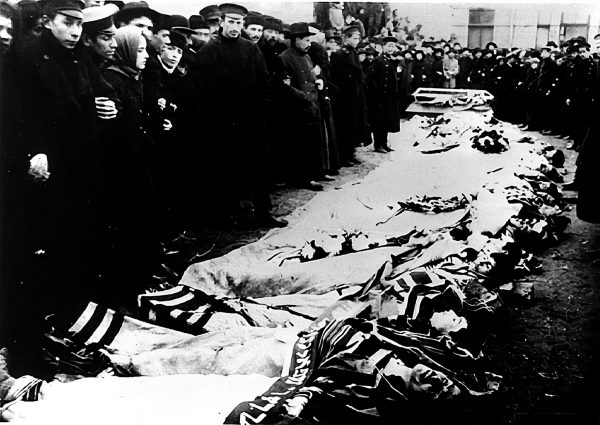 Ignorance and hateful biases allow dangerous myths like the blood libel to persist even today. These accusations unfortunately continue to endanger Jewish communities as deranged individuals, such as the synagogue shooter in Poway, continue to believe these myths.23Talia Lavin, “The San Diego shooter’s manifesto is a modern form of an old lie about Jews,” Washington Post, April 29, 2019, https://www.washingtonpost.com/outlook/2019/04/29/san-diego-shooters-manifesto-is-modern-form-an-old-lie-about-jews/. References to the blood libel and other accusations of ritual murder must be taken seriously and challenged in order to dissipate this toxic myth.